What Should We Learn From WannaCry? 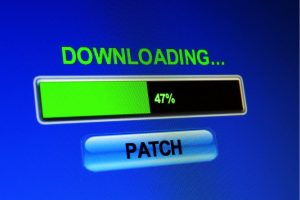 All of those ransomware outbreaks we have been dealing with since last year were overshadowed this past week by WannaCry.  This has been called the most destructive attack ever.  The most concerning part is that was how bad it was but the US wasn’t hit that hard.  When these kinds of things happen it is always a good idea to review what you learned from the outbreak and any necessary changes you need to make to protect you from this one happening to you.  What should we learn from WannaCry?

HIPAA For MSPs by David Sims What Should We Learn From WannaCry?

Five tips from Databraches.net on stopping this attack if it hits you.

With all that activity it is certainly a case you should follow even if you didn’t get hit.  So….

What should we learn from WannaCry?

First, what is this thing?

A financial times article had a great timeline article.

What has stopped it for now

What are the lessons?

While we are asking ourselves “What should we learn from WannaCry” maybe everyone else hasn’t yet.  Here is our list of things we learned and should evaluate further.

NSA leaks led to Wannacry outbreak in just a few weeks.  The criminals haven’t finished using the spy tools.  Wanna cry is just the beginning of a whole new wave and style of attacks.  I think this one was so successful it even stunned the creators. They had no idea it would be that successful.  Everyone should be thanking the tech who saved the world with one discovery and quick response.  The US was lucky this time.  It could have been way worse than it has been so far.  What should we learn from WannaCry?  We should get busy because the criminals certainly have new toys to play with and use against us.

Remember, HIPAA is not about compliance, it’s about patient care.