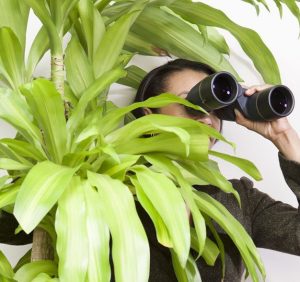 What is HIPAA privacy anyway? The annual reporting deadline for little breaches is up at the end of Feb. That means all those little privacy violations in 2016 must be reported on the HHS website soon if you haven’t already done it. Since those little ones often mean so much more than the big ones it made me think it would be a good time to talk about privacy.  Well, not just any privacy but this is an attempt to explain what is HIPAA privacy all about in the way only we would try to do it.

A recent bizarre case in an Atlanta suburb made me realize just how much we value our privacy but may not realize it until it has been taken from us.  When you hear this story I hope that you will start to understand what is HIPAA privacy really about especially if you are the one with access to these records.

HIPAA For MSPs by David Sims What is HIPAA Privacy Anyway

We talk about it all the time. But, imagine of this creep had access to your medical information as part of his job. What if he got his kicks going through medical records and found ways to hack into them to track his neighbors and learn things about them.

Privacy is something we don’t feel personally until it has been taken away from us.

Think about all the things in your medical records. There are many cases where someone accesses medical records specifically for privacy invasion. A lot of what we discuss on our episodes deal with medical identity theft and criminal enterprise type behavior. While those are by no means cases that don’t have potential to seriously impact an individual the ones that are very specific like this peeping Tom are often the most damaging to the specific persons involved. The are violated in ways not normally found in the massive breaches.

Just imagine you have a peeping Tom or stalker monitoring your medical records just like this guy was doing with his neighbors. Do you feel like that would be no problem for you? That is what the little breaches are often all about.

Privacy violations no matter how small really do matter.  Hopefully, after all of this we hope you can understand what is HIPAA privacy when you put it in the context of a peeping Tom towards medical records.