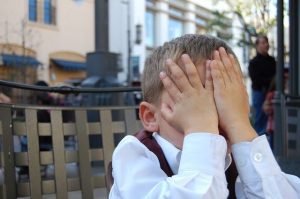 “From well-publicized large scale breaches and findings in their own risk analyses, OHSU had every opportunity to address security management processes that were insufficient. Furthermore, OHSU should have addressed the lack of a business associate agreement before allowing a vendor to store ePHI,” said OCR Director Jocelyn Samuels. “This settlement underscores the importance of leadership engagement and why it is so critical for the C-suite to take HIPAA compliance seriously.”

OHSU performed risk analyses in 2003, 2005, 2006, 2008, 2010, and 2013, but OCR’s investigation found that these analyses did not cover all ePHI in OHSU’s enterprise, as required by the Security Rule. While the analyses identified vulnerabilities and risks to ePHI located in many areas of the organization, OHSU did not act in a timely manner to implement measures to address these documented risks and vulnerabilities to a reasonable and appropriate level. OHSU also lacked policies and procedures to prevent, detect, contain, and correct security violations and failed to implement a mechanism to encrypt and decrypt ePHI or an equivalent alternative measure for ePHI maintained on its workstations, despite having identified this lack of encryption as a risk.

What did we learn from the OCR resolution agreement with OHSU?

The list of violations found in investigation according to the OCR resolution agreement with OHSU includes:

The total fines could have been $18 million or more if it had not been settled.

Episode 31: Enforcement efforts by OCR should increase in 2016