Frank Abagnale Can Even Scare Us About ID Theft 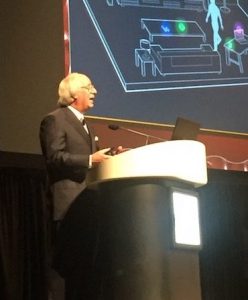 Tom Hanks said “Abagnale’s lecture may be the best one-man show you will ever see.”   HANKS WAS NOT KIDDING!

The famous con man in his youth eventually became a white hat working for the FBI and others to combat fraud and ID theft for over 40 years. Now, he works as a consultant, writer, and speaker on the subject as he continues working with the United States Government.

The information he shared with us during his #HIMSS17 session blew us away.   That means we really have to tell all of you guys about it!