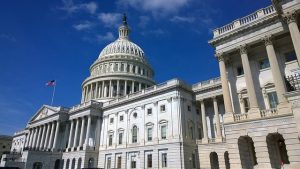 There are countless times we have covered the “my EHR vendor handles HIPAA for me” misconception. The recent $155 million whistleblower lawsuit settlement between eClinicalWorks (eCW) and the government really brings it home how wrong you can be about EHR vendors.  The eCW whistleblower made efforts to resolve a long list of serious problems with the EHR. If it weren’t for him the vendor failures may have continued for years.

Meaningful Use attestations relied heavily on the vendors supplying accurate information. eCW’s actions set up thousands of organizations to potentially take a major financial hit based on the details in this described in this case and its settlement. Especially, when you take into account that eCW is one of the biggest EHR vendors out there.  There may be no way to know just how serious these issues in the functionality of the software may have damaged the integrity of the medical records.

Confidentiality, integrity, and availability (or as we say the CIA) of PHI is the objective of the entire Security Rule under HIPAA. Unreliable data created by an application is clearly a data Integrity issue. If you can’t trust the data can you trust the system at all?

If you have knowledge of this kind of stuff going on somewhere you should review it closely. It includes civil payments by developers and project managers, not just the C-Suite folks involved.

So let’s get into the details of this case.

Where can you meet us

Topic for today: How the eCW whistleblower made the difference

The details of the case are as follows:

What important features does the EHR system fail to reliably perform you may ask?

How did he figure out what was wrong?

…the fundamental ﬂaws described herein exist in each version of the
software and render the technology unreliable, dangerous, and non-compliant with Meaningful Use requirements.

Each of the following problems provides multiple examples of real examples. Many of the problems he was able to document in virtually all facilities he worked in on that long list.

eCW has a financial disincentive to fix its EHR system

So, you are competing with software that is defective that you have lied about and you can’t fix it because you wouldn’t be able to continue to compete if everyone knows you had to fix it. Oh, ok, so let’s just keep lying and hope no one dies!

The investigation picked up even secrets

Govt says “Show me the money”

As a result of these failings, the eCW system fails to comply with the core requirements for Meaningful Use to qualify for federal incentive payments.

All that HITECH stimulus money you got when you misled your clients into attesting with your software. Yeah, about that. We’re gonna want that back. That is where the $155 million settlement comes in.

Under the whistleblower laws, the eCW whistleblower, Brendan Delaney, will get a piece of that action for bringing the case and helping build it. What do all those other vendors think that point will bring out to their staff that may be aware of similar issues. Certainly makes you say Hmmmmmm

eCW did issue several advisories to its clients once things started falling apart.

This case may have far-reaching implications in the healthcare software and technology vendor business. When you select your vendors and count on them to do things for you, it is very important you understand what some of them may be doing behind the scenes. If you have a little problem here and there but they are in major areas – it is time to pay attention.

If you are using or have used eCW as your EHR you should carefully review all the information you get on this and figure out what is the best option for your organization. It will not be easy and this will be a huge mess.  At least the eCW whistleblower stepped up to stop these problems before someone dies from their carelessness, we hope.