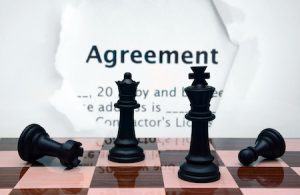 The 2015 Anthem data breach could have been a watershed moment for HIPAA privacy and security in many ways.  It remains to be seen if the settlement with OCR turns out to be another one.  Either way, the historic breach and historic settlement have many lessons for us to learn.  Let’s discuss Anthem settlement lessons today.

This breach happened before we had the podcast up and running so we have never discussed the details.  Now, seems like a good time to review it since there is such big news about it.  Something about a $16 million payment gets people to pay attention.  Before we get started with our Anthem settlement lessons less review the breach a moment.

It is important to note the settlement is with the Business Associate Anthem who provides services for the affiliated covered entities of the various health plans.

The timeline starts back on Feb. 18, 2014, when a user within one of Anthem’s subsidiaries opened a phishing email containing malicious content.  (I assume it was the business associate here.)  The email launched the malware that allowed hackers to gain access to that computer and dozens of other systems across the networks, including their data warehouse systems.

After that intrusion, they could keep going further.  They were moving around the network and escalating privileges as they went.  The standard protocol for hackers working their way through a network.

The forensics report says they determined how it went from there:

“The attacker utilized at least 50 accounts and compromised at least 90 systems within the Anthem enterprise environment including, eventually, the company’s enterprise data warehouse – a system that stores a large amount of consumer personally identifiable information,” the report notes. “Queries to that data warehouse resulted in access to an exfiltration of approximately 78.8 million unique user records.”

They didn’t discover the breach until January 27, 2015.  The states impacted got together and all of the insurance commissioners did a joint investigation.  Their report includes a lot of details.  They found that the company immediately activated their Incident Response plan.  At that point, they were able to stop the intruder activity by January 30, 2015.  The investigation determined that the response plan worked very well.  Basically, the report says Anthem had problems that let the attacker’s in and prevented them from detecting them for almost a year.

A settlement with state insurance commissioners

Eventually, the states settled with Anthem for the state insurance commissioners.  The settlement included their fairly confident belief that the “attacker was working on behalf of a foreign government”.  I often mention how healthcare data can be used by those attackers in so very many ways.

The states took pity on Anthem and noted all the expenses that they had incurred to date.  The states wanted Anthem to commit to spending money on cybersecurity and elected not to hit them with another fine.  Anthem did agree to spend more money implementing security upgrades and adding a special program for credit protection of minors.

The spending at the time of that settlement, which was in December 2016, included:

That was a total of $260.5m they had spent at that time.  Anthem committed to paying for credit monitoring and upgrades to their security and security monitoring tools.

The lack of details about how the phishing attacked worked and how they were able to infiltrate for so long with so much success.  That would help us all do better to protect ourselves.  However, the foreign state involvement may be the most important reason more details were never provided.

Fast forward through a bunch of investigations and legal maneuvers that resulted in a settlement on the civil lawsuits in August this year.  That settlement was also one of the largest settlements in a consumer data breach case in history.  The total of $115m covering 19.1 million of the 79 million patients breached.  That gets us up to $375.5m for this one data breach before OCR got their bite out of them.

OCR gets their turn next

So, now we have made it to the OCR settlement and our review of it.  The settlement summary puts in a few different details in the mix.  It still does not give us the specifics of how it happened as in the malware and techniques used.  Since it was a nation-state attack there actually may be some National Security concerns in the details.  Even with portions withheld, we have plenty of Anthem settlement lessons to learn.

The OCR announcement does mention that they know that the attack goes back to the Feb 18.  Apparently, the exfiltration of data happened in December and January according to the breach announcement that is when the disclosures happened. The attackers were in there watching and wandering around the whole year doing some other kinds of things from Feb through Nov 2014, though.

As always the most telling part is the statement from the OCR director in every one of these announcements.  That statement always tells us the point they are trying to make with this settlement.

“The largest health data breach in U.S. history fully merits the largest HIPAA settlement in history,” said OCR Director Roger Severino.  “Unfortunately, Anthem failed to implement appropriate measures for detecting hackers who had gained access to their system to harvest passwords and steal people’s private information.” Director Severino continued, “We know that large health care entities are attractive targets for hackers, which is why they are expected to have strong password policies and to monitor and respond to security incidents in a timely fashion or risk enforcement by OCR.”

According to the OCR viewpoint of what happened, we have some additional timeline details.  We can put it together this way.

In their list of things that OCR noted as failures in compliance other than the improper disclosure of 79 million people include the following failures:

Nothing new in the list here for failures that get people to these kinds of settlements agreements.  The fact that this one was so massive makes the dollar amount stand out.  It is 3 times the largest one in the past which was $5.5m.  The additional $16m paid to OCR will certainly help fund some more investigations. Note to self.

The OCR check brings the total amount that was at $375.5m up to $391.5m.  Now we can round up to $400,000,000.  According to the OCR statements, they didn’t go after more money because of the amounts they have already paid.  However, Severino also mentioned that they wanted to raise the caps for the fines and penalties they can charge.

The two-year corrective action plan included in the settlement.

As always with these types of settlements, there is the CAP that gets added on for two years.  Anthem “will undertake a robust corrective action plan to comply with the HIPAA Rules” means they have a list of requirements.  We did an entire episode on what these CAPs mean but now is a good time to point out what they have committed to do for the next two years.

Keep in mind if they fail to meet the CAP requirements the settlement goes back to the drawing board and OCR can recalculate the amount of money they need to receive from Anthem.  That could be a serious penalty for any of these settlements. Here is a taste of those requirements.

There is also the fairly standard requirement that most people don’t even think about but, to me, they are very telling about the importance of sanctions and enforcement of policies and procedures.

Anthem must report to HHS in writing within sixty (60) days if any workforce member failed to comply with policies and procedures and an investigation determines there is a breach of PHI.  That means even breaches of single patients must be sent in within 60 days.  With these large environments, those things happen more often than we would like to think.

Also, they have to send in attestations and reports along the way.  The attestations required things like officers of the company attesting that implementation of updated policies and procedures is actually happening.  They also take it a step further and make the officer attest that they have actually reviewed the details of the report and confirmed that the information is accurate and truthful.

Maybe this one will bring along the rest of the industry that has been dragging their feet and not taking privacy and security seriously.  It certainly made a lot of headlines and quotes like how it is a “dire warning” to the industry as a whole.  There are so many companies out there that couldn’t imagine making an agreement to write a check for $16m and being good with it though.

I still believe these enforcement cases are the least of the worries for the industry that isn’t part of all the major enterprises like Anthem.  Statistically, they should just worry about being able to respond properly to an investigation.  There are thousands of those taking place every day.  There is even a backlog of them being worked by the regional offices.  Stay under their radar and provide good documentation when they ask for it.  You don’t have to be perfect you just have to show you are doing the best you can to do the right thing.